Why It’s a Great Time to Buy a House in Los Cabos, Mexico

Los Cabos is one of the best places to invest in Mexico. When you buy Cabo real estate, you also get stunning scenery, an engaging cultural diversity, and a thriving real estate market distinguished by a variety of unique architectural styles. Growth in tourism and resort construction and improvements in infrastructure are among the signs of a surging local economy.

The rapid growth of the area has been encouraged by a large population of expatriates. Many locals speak English, so even foreign nationals who know little more than “¿Qué pasa?” can easily make their way around Los Cabos. More than a dozen airlines provide direct flights from many major U.S. cities to the Los Cabos International Airport. Or you can try the scenic thousand-mile drive along the Baja Peninsula between the U.S.-Mexico border and Los Cabos.

More Development Planned for 2022 and Beyond

Accessibility is one of the reasons that people are flocking to Los Cabos and that major hotel groups, developers, and airlines continue to invest here. Including access to golf. Golf-related development in particular is driving home construction throughout Mexico’s Baja Peninsula.

An Increase in Tourism

The shop-crammed highway called the Corridor connecting the city of Cabo San Lucas to the town of San José del Cabo remains a popular destination for American tourists. In a March 2021 article, The New York Times noted that with the lifting of a local pandemic-induced lockdown, Americans are flocking to the region “in part because Mexico welcomes United States tourism. Hotels have seen high occupancy, especially during holiday periods.”

The East Cape area has been a special focus of excitement. The buzz started in 2019, when Four Seasons introduced its hotel and homes there. Costa Palmas, a thousand-acre resort community owned by the Los Angeles real estate firm Irongate, includes outposts of two well-known hotel brands, each with a residential component: Four Seasons Hotels and Resorts and Aman Resorts.

According to market research firm CBRE Hotels, “Los Cabos is one of the strongest real estate markets in Mexico and has seen an annual growth of six percent in overall sales for the last five years. In 2020, that number jumped to a 13 percent increase for a total of more than $500 million in residential sales.”

From the Los Cabos Tourism Board, we learn that:

It is easier than ever to buy a house in Mexico.

Of course, there are a few rules governing home ownership and the acquisition of other property that differ from the regulations encountered when obtaining property in the United States or Canada. But with a basic grasp of these rules and the help of an experienced Cabo real estate agent, you can navigate the process with ease. Each of our realtors is a longtime Cabo resident who can tell you all about the local food, culture, and communities of Los Cabos.

Browse our latest listings of luxury properties for sale in the Los Cabos region, get more answers at our general FAQ, or contact us to discuss your real estate investment goals. Landscaping Before Selling Your Cabo Home What Is It Like to Live in Cabo, Mexico? 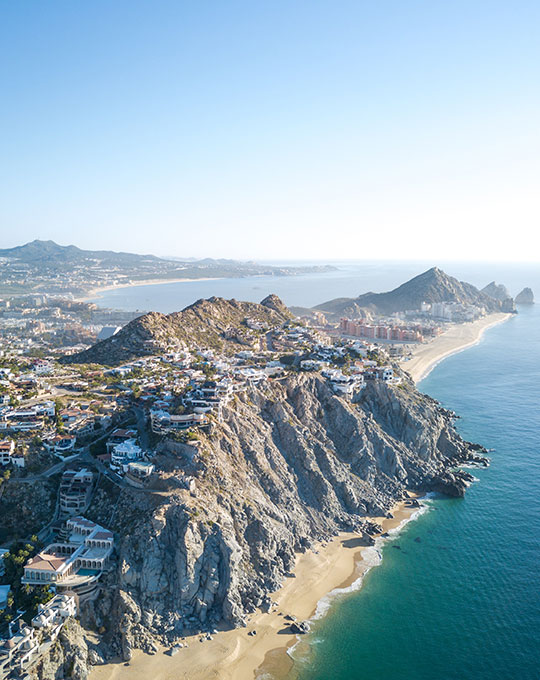 A Realtor’s Guide to the Beaches of Los Cabos Golf in Mexico: Our Guide to Cabo Golf Courses

ABOUT OUR CABO REAL ESTATE AGENCY

Our real estate agency consists of a small group of seasoned realtors, each of whom has resided and owned property in Cabo for more than a decade. We are committed to finding the perfect home or investment that meets all of your requirements and fits your budget.